The 37-year-old Portuguese specialist Luis Pimenta was appointed as the head coach of “Riga” FC.

Louis Pimenta was born on September 25, 1981. Already at the age of 15, Louis decided to work as a coach, and after graduating from high school in Portugal, he studied sports science with the specifics of football in Lisbon. After studying in Lisbon, Pimenta went to England, where he continued his studies in Liverpool, studying sociology of football science and sports.

Pimenta worked at the very well known Liverpool Academy. Luiss worked as an analyst for youth football performance. It should be noted that studying in England, thanks to previous training in Lisbon, Pimenta could start in the second year, so the bachelor’s course was done in two years. Two years later in England, Pimenta returned to Portugal.

In Lisbon, Pimenta was simultaneously working for two academies – the Belenenses Club and the Manchester Academy o. At the end of 2011, Pimenta moved to Norway and joined the Honefoss Club at that time. In 2012, Pimenta was the head coach of the Honefoss junior team and senior assistant.

Luis then moved to another Norwegian club, Kongsvinger, who had financial problems at the time, and the team fought in the 3rd league. In 2015, under the leadership of Pimenta, Kongsvinger won 3rd in the 3rd place with a very convincing result, with a second-place finish over 20 points. In 2016, Kongsvinger took care of a big surprise and reached the Norwegian Cup Final with 28,000 spectators. In the 2nd league, the task was to keep a seat in the league, but the team was in the play-off zone to fight for entry into the league. The Norwegian Football Association named Pimenta the best new 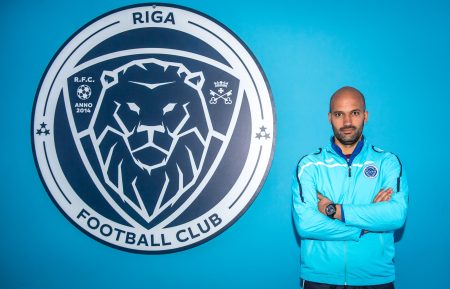 After this season, Pimenta decided not to renew the contract with the Norwegian club and decided to take an annual break to return to Portugal and get a PRO-UEFA coach license. In 2018, Pimenta became the main trainer of the Swedish top league club Brommapojkarna, but in September the coach and club roads split. In 2018 the British football magazine “FourFourTwo” included Luis to the TOP10 of football coaches worldwide.